Despite the efforts of so many people trying to demonstrate the politics inherent in games, we have a lot of work to be done still. As a product of fiction, a game is produced in a period of time as well as in a place, which puts it in a position of a medium used to represent beliefs and social values from the context it is created. One aspect of its political dimension is related to the narrative it presents and to which characters are given the entitlement of speaking. In fact, we find examples of it in Final Fantasy XII. In a techno-fantasy setting, there are some signs that the producers were concerned with which voices are going to be heard and from which point of view the story is told.
Final Fantasy XII is already a very popular title of the franchise, but you may have no idea what it is about, so here goes a very quick overview. In Ivalice there are countries fighting each other and one of them, Archadia, is a military potency that invaded Rabanastre, the city where everything begins. Reclaiming Rabanastre from the Empire is the main plot of the game while you help a fugitive princess to get power enough to fight for her people.
The game gives you the opportunity to understand that while the big players made their choices and fight for their own interests, all Ivalice suffers consequences from their actions. Final Fantasy XII brings in this point by giving you the control of a group of outcasts whose ideas or actions have no effect directly in the world and whose words are not listened in the vast halls where the court meets. However, ironically, they are the ones who are really fighting to change the world.
Already at the beginning of the game, the perspective of the marginals is presented. In the tutorial, we are supposed to learn the basics while we control a soldier in a sort of invasion that we are not sure about its reasons or if we agree with that. The decisions were made for us, but the bodies and the energy used in the fights are ours. We cannot ignore the orders given to us since there is only one way you can go in this part of the game. No form of resistance is proportionated.
I need to warn you about some spoilers here. However, I do not think it should be deemed a spoiler since it all happens in the first ten minutes of the game.
Even though, consider yourself warned!
Your fate is in the hands of the powerful. After running through some corridors and beating some enemies, your character is attacked and almost die. His life is spared as part of a strategy. In some way, it is shown how lives are conducted by the conflicts of kingdoms and that the citizens act based on their faith in their rulers. The way the game presents this whole situation is far from being romanticized since it shows the coldness of how all happens and how fast people like our soldier is forgotten.

Time passes and you are presented to one of the main characters. Vaan is an orphan whose brother, his only family member alive, died during the war. His life was drastically changed by it and he grew up thinking about revenge as well as hating the Empire. As a poor kid, he grows up learning to take care of himself, stealing whatever and whenever needed, but not from everyone since he follows a moral code as expected from a protagonist of a Final Fantasy.
If you wander a little in some forums you will possibly see complaints about Vaan having the role of a main character. He is not alike the type of protagonist we are used to because he is not supposed to transform himself into an altruistic hero whose only purpose is to save the world. He is a normal person and we are not usually impressed by a normal life with its weaknesses.
Nonetheless, in the position of a protagonist, Vaan depicts us another perspective through which we can know more about the society of Rabanastre. How is the poor living in this whole situation? And how the decisions made by the rulers of Rabanastre falls upon the lower social classes? Vaan’s anger is not only from what happened to him as a person, but it is the same feeling a lot of Rabanastre’s citizens have. His dream of getting out of there in an airship represents the yearning people have for freedom. Placing Vaan as a protagonist is an act of representativeness that empowers people who can relate to his situation.
Surely it is hard to say that Final Fantasy XII kept all the way a very progressive political agenda in its narrative. For example, the story of Vaan is directly associated with Penelo, his childhood friend. They have similar lives to some extent, but he is still a man while Penelo deals with a lot just because she is a woman. The game earns its credits for what it does right. However, we can ignore that fact little is told from Penelo’s perspective. We are not allowed to go deeper into her thoughts since most of the time she is just an observer or the one whose role is to rationalize Vaan’s behavior.
In the end, Final Fantasy XII may not conclude its story keeping the proposition of integrating all voices. Nevertheless, it gives us great examples of how social agendas can be incorporated into a game. Games may tell us great stories about common people who usually society gives no attention at all. It is also our duty to analyze and criticize works that do the opposite, silencing the ones whose voices are already not heard. But first, we need to accept that a game, as cultural production, is political.
Essay Final Fantasy XII 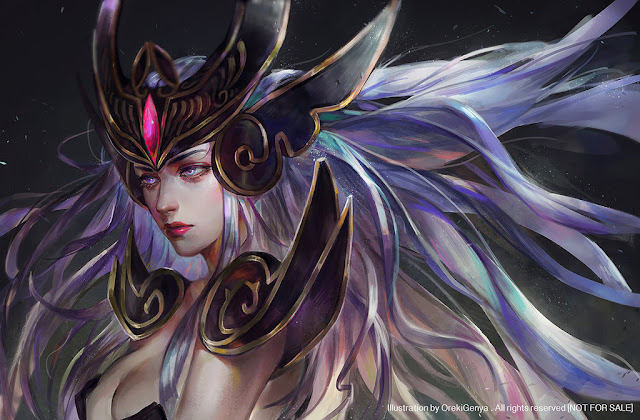 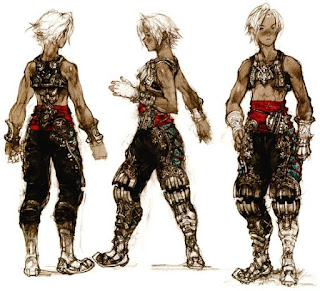